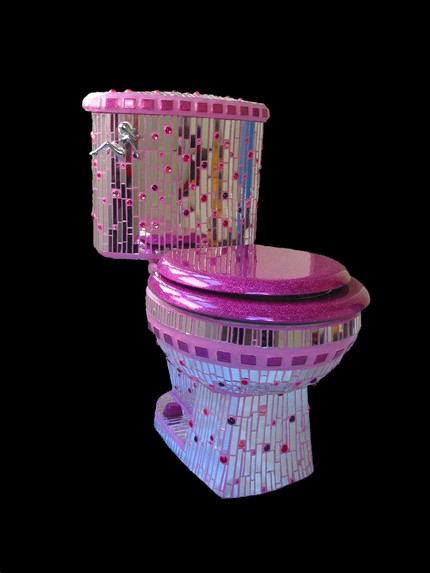 The Next Martha is My Guest Blogger *clapping hands*

Well, as you can imagine, after Blogher10 @TheNextMartha has her swagger on so, despite my wit and charm, it still took some "buttering" up to get her to guest blog for me.  Under normal circumstances she would have been begging to guest for me but, thanks to that ego-feeding, blogger-bonding, cult-like event held in NY, my hometown, a couple of weeks ago, @TheNextMartha believes that she can name her price.  So, as accommodating as I am, I did not allow her to stop at just 2 cakes, I insisted that she was worth at least 5 cakes ...chocolate...which I begrudgingly ate.  I suffered for you, my readers!


While I understand her neighbor the "Martha Project" apparently has self-control that Bitch and simultaneously insists on "over-indulging" poor @TheNextMartha, I have to say, that that is a cat fight I would not mind being in the middle of.... For crying out loud, on one hand, you are either the sexy, skinny bitch or on the other the fat, dumb and happy, slob.....     Either way you win! 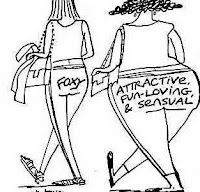 She's not only funny and smart, she bakes! @TheNextMartha, the house next door to me is for sale, PLEASE move in... you are a neighbor I wouldn't mind having!    And, I thank you, once again, for guest-blogging.....

Without further adieu (I use that term because I'm part french... no I'm not really, that's a lie) ... I bring you, @TheNextMartha! :


I WAS AN IMPORT
By @TheNextMartha
Recently someone asked my husband “So you met your wife at your college” and he replied “Oh, no, you can’t get a woman that hot there, she was an import.”  You see this was true.  We met at a jr. college but then HE transferred to a top 10 school in the country.   I also went to a “10” school but it was under the “Big 10” umbrella and not quite as prestigious as his “Smart top 10” school.  Whatever.  I was just happy to be going to a college that wasn’t in the same state that I had grown up in all my life.  So though we had met going to school together we transferred to different schools in different states.
This mostly worked for us as we took turns visiting each other once a month.  Coming to my school was not really a big deal and he fit in like any other student.  When I went there though, there always seemed to be this aura of “oh, she doesn’t go here because she looks happy and god knows we study too much here to ever be happy.”
I was fine with that because I didn’t talk about how the tree in the middle of the courtyard symbolized the strength of the mind and brains would grow and seek knowledge from the surrounding buildings and those buildings would often heave their limestone at you so that you acknowledge that they are the mighty knowledge foundation of all civilization.
What the hell was that sentence?  Exactly.  I just wanted to eat a ham sandwich and call it a day.  I just didn’t “get” those students at his college.  As far as I was concerned General Hospital was just as great at teaching me everything I needed to know those years.  There were a few times when this was so obvious that it still makes me laugh.
One time in the bathroom a girl started talking to me about her mid terms of this and that.  (Insert me thinking Mmmm Ham sandwich here)  She then turned to me and asked me about mine and instead of even trying to fit in I just said “Oh, I don’t go here, I’m an import.”
-Stares at me
-Turns
-Leaves
(Side Note: The word “Gravitates” was just said in my kitchen.  Who ARE these people?)
(Another side note: I totally spelled that word wrong and thank god for spell check)
Ok so this chick in the bathroom obviously just labeled me “idiot” and deemed me not suitable for any more words.
Another time we were invited to hang out with some people in his building.  This building was a condo type student residence so they were larger and fully furnished by the school.  This was going to be a game night.  At most schools this would involve ping pong balls, or maybe quarters and definitely alcohol.  Not this time folks.  They meant business.  We were there to play Pictionary.  Real Pictionary, like with the ACTUAL rules.
There was some small talk beforehand and the conversation had turned to the furnishings.  They had started to poke fun of the couches and curtains and such.  I  being the future @TheNextMartha looked around and agreed that they were indeed more suited to the color blind and those who may or may not be wearing depends.  Wanting to fit in to a conversation that I could FINALLY relate to I decided to give my two decorating cents.
Me:  “Right, like look at that lamp, I mean how ugly is that?”
Her:  “That’s mine, I brought it from home” 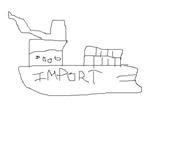 *P.S.  This is original, one-of-a-kind artwork by @TheNextMartha.  If you are drunk enough to want interested in obtaining a copy for yourself, one of your unsuspecting relatives or for the bottom of your pet's litter boxes I will use my "in" with her and see what I can do! ;)

Sweet Merciful Crap and other things

Promote Your Page Too 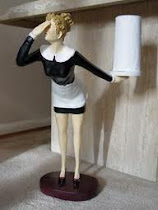 Grab my BUTTon..you know you want to ;)

Click here for an easy and free way to help fund mammograms for those in need at The Breast Cancer Site!